Photo Project Celebrates The Importance of Water Collection in Nigeria


In a partnership with WaterAid, Nigerian photojournalist Etinosa Yvonne has released a series of diptychs that highlight the importance of collecting water in the daily lives of men based in north-eastern Nigeria communities.

Today is World Water Day, which is observed to raise awareness about the importance of fresh water and its conservation. WaterAid, in partnership with Mercy Corps and with funding from USAID, supports the implementation of sustainable improvements in basic water access and sanitation across north-eastern Nigeria, which is also the focus of Yvonne’s photographic project.

Titled “The Water Carriers of Kwaja,” Yvonne’s project focuses on communities of Kinga and Kissa, in Kwaja, north-eastern Nigeria. There, men have taken on the back-breaking and time-consuming work of collecting water, which is more often associated with women and girls across sub-Saharan Africa. 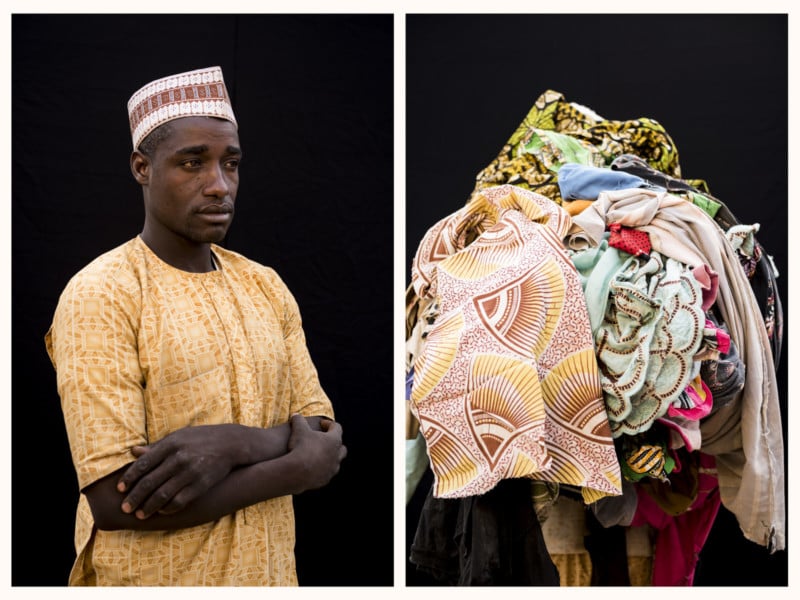 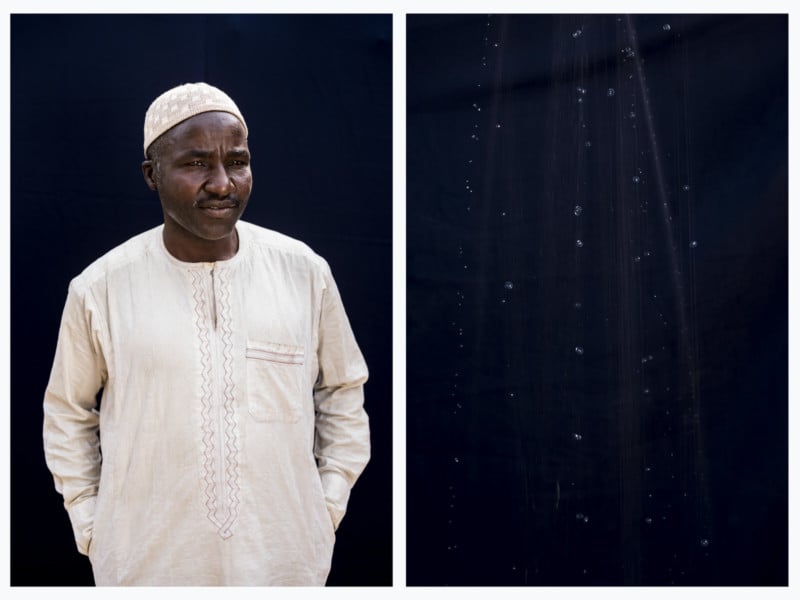 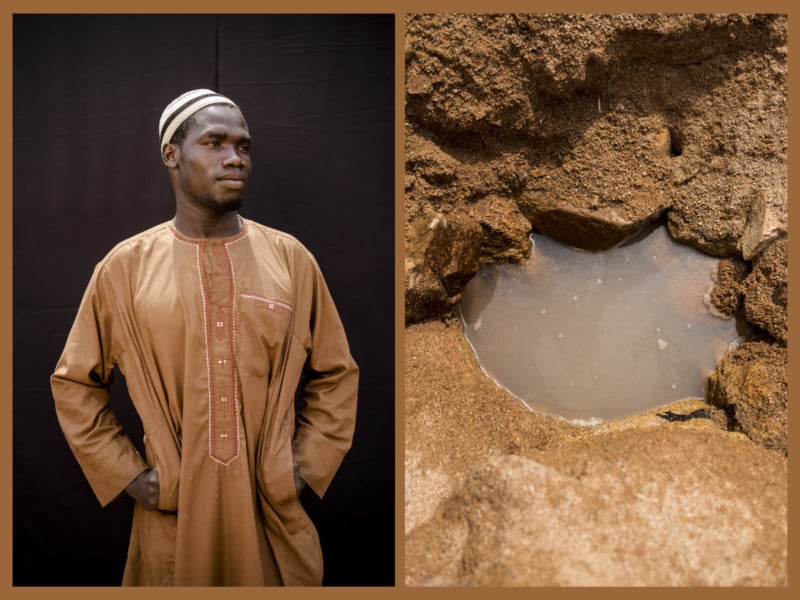 The diptychs show men alongside everyday items related to the collection of water, to emphasize its importance in their daily lives and to highlight reasons behind their decision to lighten the load for the women of their community.

“Some men didn’t think it was safe and others didn’t want their wives to carry heavy containers over long distances,” says Yvonne who sees photography as a vital medium of expression and a tool for understanding her society. “I felt a real sense of relief for them.” 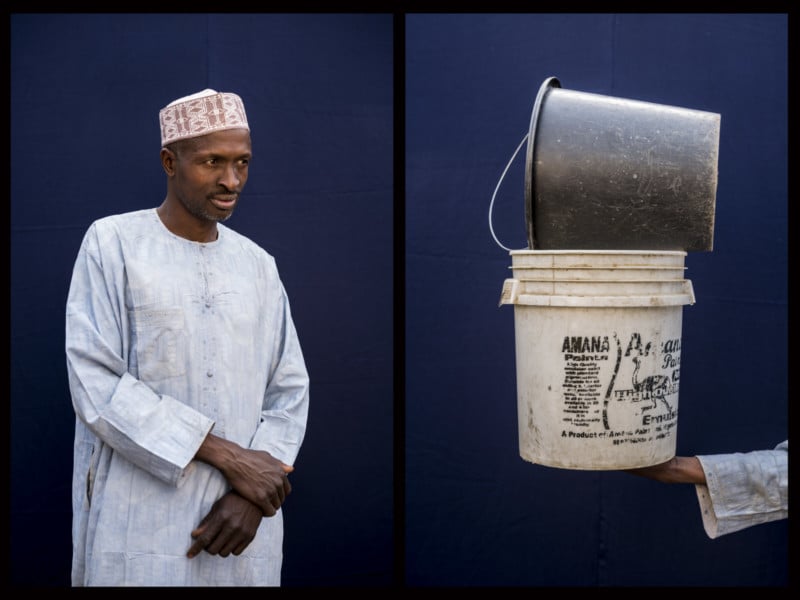 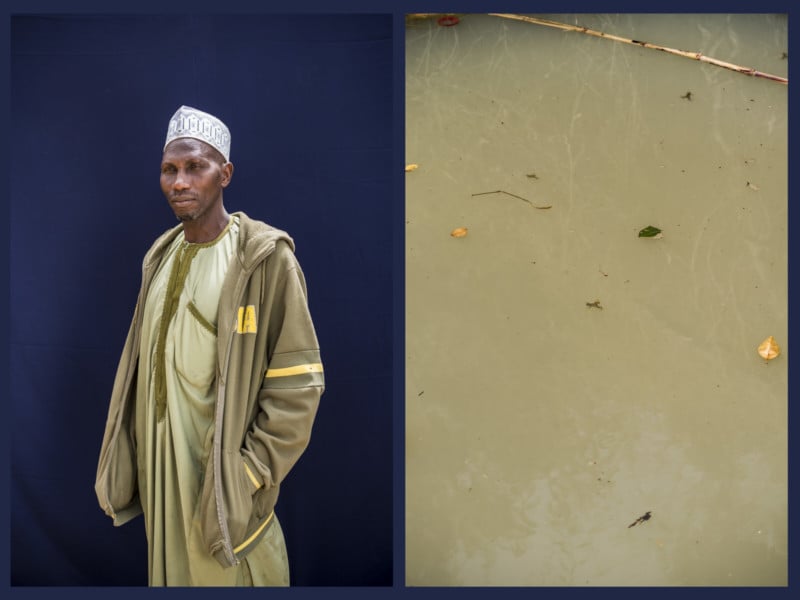 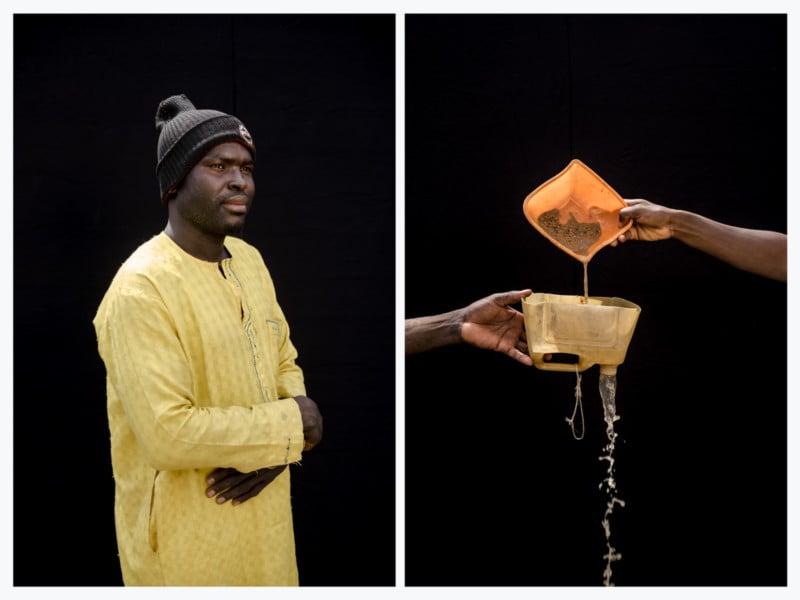 She was commissioned by WaterAid to put together a collection of photos that illustrate research on the water situation in some communities. Although she had an initial idea in mind, it didn’t materialize once she got to the field, and had to adapt to the environment she found herself in.

“It was at that moment it occurred to me that I was witnessing something that I had never seen before,” she explains. “Working in rural communities was one the reason I decided to pursue a career in photography. However, I had not seen a community where it’s solely the men and children that fetch water. It was very unusual and interesting so I thought I would highlight it.” 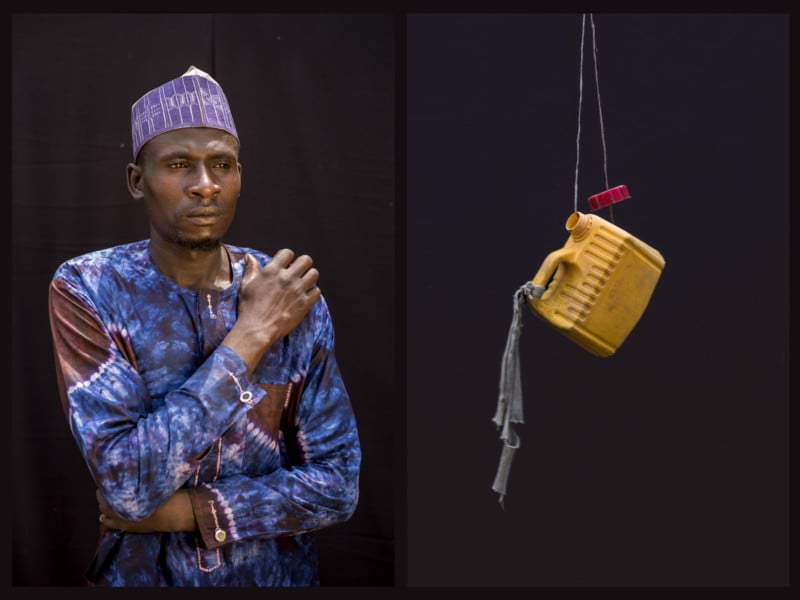 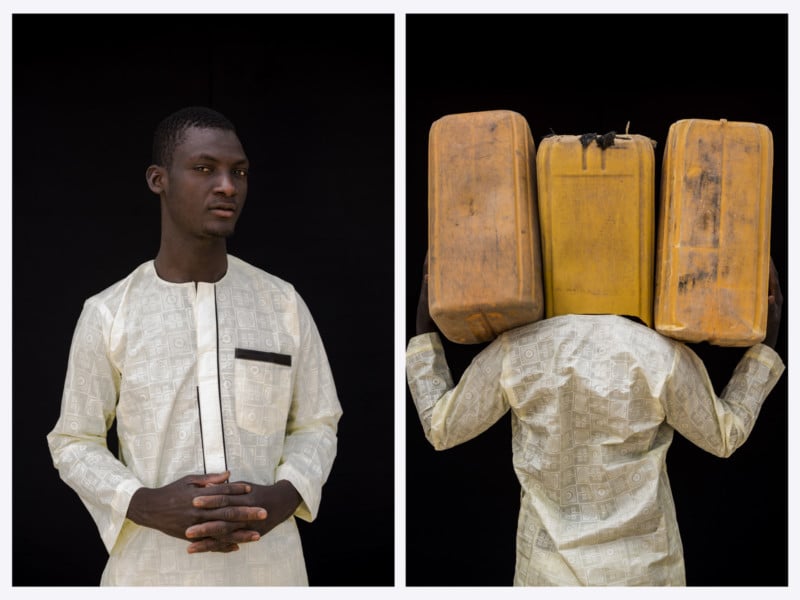 Once Yvonne decided to place a central focus on the men who collect water for their households, Yvonne and others helping with the project spoke to some who agreed to be interviewed and photographed. They soon helped spread the word to find more willing partakers, who all received photographic prints from Yvonne to thank for their participation.

“There is a lot to take away from the project but the most important thing is that climate change is real,” Yvonne concludes. “While we (in Africa) are the least contributors to climate change, we are at the receiving end of it. Action must be taken to ensure there is water for everyone, everywhere.”